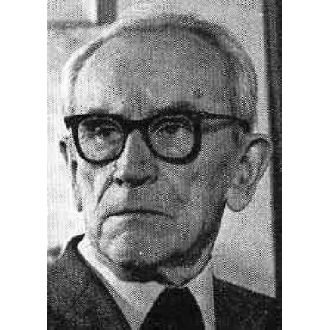 Nikolai Ustinovich Lapshin was born in 1905 in a family of peasants in the village of Khranevo in the Tverskaya province. From 1924 to 1930 he studied at VKhUTeMas in the graphical faculty in the studio of famous draughtsman Favorsky. Amongst his other teachers were Udaltsova, Kupreyanov and Bruni.

Nikolai Ustinovich served in the WW2 and received several medals for his feats.

His favourite media were watercolour, lithography, linocut and woodcut. He often would take a linocut, and add colourful life in watercolour to it, creating a unique piece of art.

His homeland was the ancient village of Mikulino, where he created a large number of landcapes, portraits, and pictures of the village life. His other home was Moscow, where he painted city-scapes and genre scenes during the 1960s and 1970s.

Love to poetry led the artist to the motherland of Sergei Esenin, to the village of Konstantinovo on the river Oka. There he created a number of expressive watercolours and colourful linocuts under the headline of "Esenin's Land".

The main achievents of his career include several series of watercolours: "V.I. Lenin's Mausoleum", "The Metro Station Smolenskaya Square", "Work and Daily Life in the Kolkhoz", "The Youth on Holidays in Crimea", and "The Moscow Swimmingpool".

In 1980, after travelling to Italy, he made a number of bright watercolours with his impressions.

Nikolai Ustinovich's last works were a watercolour cycle "The Southern Coast of Crimea". With the help of the purity and brightness of the watercolour media the painter expressesed the smell of the South, and the magnificence of the Crimean nature.
BACK Share