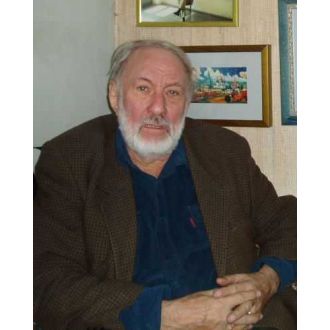 Oleg Mikhailovich was one of the leading poster artists of the 1950s and 1960s, in the genre of political and satire posters. His posters of the 1950s are characteristic of the heyday of socialist realism, with bright colours, powerful workers, happy peasants, and smiling school children. During the 1960s he developed his own, more laconic style, often with aspects of humour involved.

From the 1960s he started drawing posters of one of his favourite themes, the ballet. He did a large number of posters for the Bolshoi ballet, the first in 1958 for their tour in France, and through the 1980s he was their preferred poster artist. His posters included the ballets Spartak, Angara, Ivan the Terrible, Leniniana by Mayakovsky (which for political reasons was closed down before opening), and Romeo and Juliet.

In the 1980s became  head of the Graphical and Poster department of the Surikov Institute. His works are represented at the collections of all major Russian art museums, including the Tretyakov Gallery and the Russian Museum, as well as at the Louvre and the Prado.

Oleg Mikhailovich was a member of the Academy of Fine Arts.
BACK Share