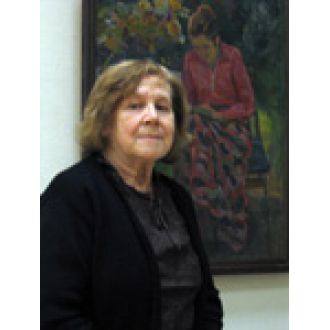 Nadezhda Dmitrievna Vorobieva was born in Moscow in 1924. In 1939 entered art school where she studied in the classes of the famous Russian artist Josef Gurvich and Vassily Pochitalov.In 1941 when the war broke out the school was evacuated to Bashkortostan to the Voskresenskoye village. The school returned to Moscow in 1943, and Nadezhda Vorobieva graduated from the school.

After the war, in 1945 Vorobieva entered the Moscow State Art Institute named after V. I. Surikov where she studied under well-known artists and art teachers Ivan Chekmazov, Vera Favorskaya, Dmitry Mochalsky and Konstantin Maksimov.