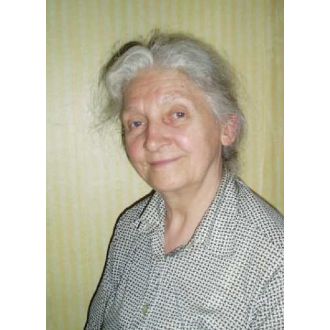 In 1962 she finished the Moscow Textile Institute, where she studied under G. Orlov and M. Khvostenko.

Irina Vadimovna specialised in textile designs, and immediately after graduation she started working for the Moscow textile manufacture Vesna (Spring). Her first exhibition was in 1963, and she became a member of the Moscow Artists' Union in 1971.

Her Moscow landscapes and Southernly inspired still-lives reflect her background as a textile designer.

Irina Vadimovna is particularly known for her scarfs, and in the later years for her batiques.

In 2011 she became a member of the Academy of Fine Art of the Russian Federation, in recognition her life-long achievements and lasting influence on the textile design scene is Russia and the soveit Union over 40 years.

She is still active in Moscow with her arts.
BACK Share