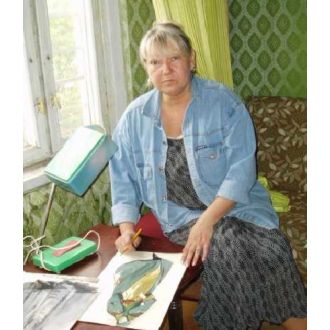 Tatyana Sergeevna Nikiforova was born in a family of artists, her father was famous Moscow monumentalist and icon-painter Sergei Nikiforov.

She took her first drawing classes from her father at the Moscow Architecture Institute in the late 1960s. In 1970 she entered the Moscow Textile Institute, where she specialised in dress designs. She graduated in 1976.

Her works of the early 1970s are characterised by their lightness, and by their very accurate time-stamp. The 1970s was a relative open period in the Soviet Union, and that was reflected also in the desire to create fashion comparable to that of Western Europe.

The sketches are either made in a thin gouache with a pastel-like texture to it, or using a lovely soft line in indian ink.

In 1977 she moved to Poland, where she built herself a career in clothes design. In the period until 1990 she prepared the designs for a large number of fashion shows, and had several personal exhibitions in Poland.
BACK Share