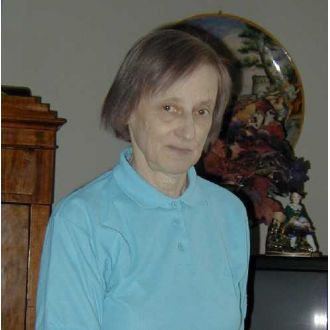 Nika Georgievna Golts was born in Moscow. Her father was a famous architect in Moscow. She graduated from the graphical department of the Moscow Surikov Institute in 1953.

Right from the beginning of her career she started drawing illustrations for books, her first book being The Brave Tin Soldier by Hans Christian Andersen.

Throughout the years, she has illustrated more than 200 books with fairytales and folktales. Amongst her most successful are Puss-In-Boots, The Sleeping Beauty and Cinderella, and illustrations to Oscar Wilde and Scottish folk-tales.

Nika has illustrated more than 25 of Hans Christian Andersen's fairytales, among others The Little Mermaid, The Snow Queen, Thumbelina, The Ugly Duckling, The Princess on the Pea, The Emperor's New Clothes, Little Ida's Flowers, The Money-Box, The Little Match-Seller, The Tinder-Box, Ole-Luk-Oie - The Dream-God, The Brave Tin Soldier, The Red Shoes, Soup from a Sausage Skewer, and The Shepherdess And The Chimney-Sweep.

Italy and Denmark were Nika's most beloved countries and she has traveled extensively in both. During her travels, she has drawn a large number of cityscapes from both countries.

Nika was actively illustrating books into her old age. In the latest years she focused on Hans Christian Andersen Fairytales.