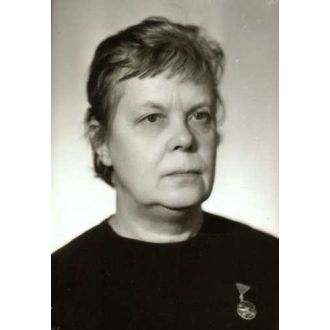 Natalia Aleksandrovna Gippius was born in St. Petersburg in a family with long traditions in the arts. Her aunt was the famous poetess Zinaida Gippius, and her other aunt was also a painter, and studied with Repin.

After attending a specialized art school in Perm, Natalia Gippius entered the VKhuTeIn-Polygraphic Institute in Moscow in 1928, and studied under D. Moore, A. Deneika, N. Udaltsova, M. Rodionov and K. Istomin. At the institute, she met her future husband, Konstantin Lekomtsev, a very talented portrait painter.

After graduating, she did the typical road-show of the artists in the 1930's. She travelled around in the Soviet Union, depicting the construction of socialism in Mordovia, Kuban, Altai, and Saransk. She painted female tractor brigades, collective farms and army hospitals, often with a distinct inspiration from the 1920's avantgarde.

From the 1950's, she concentrated on her beloved Moscow, and depicted the old Moscow, the Muscovites and the construction of the New Moscow. Her cheerful temperas with their almost festive perception of life act as a mirror of the times (1950-1970). The Moscow scenes are snapshots taken in an effort to capture a moment of rapidly vanishing beauty.

Her spontaneous art reveals that which an accidental passer-by would not notice. Gippius' works are genuinely original among her contemporaries, making her art all the more isolated and precious.
BACK Share