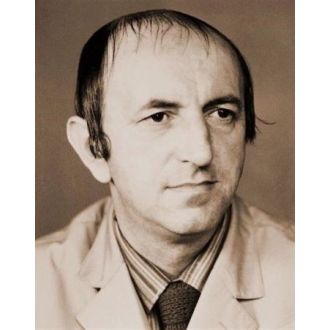 As one of the first post-war adepts, he studied in the years 1945-51 at the Academy of Fine Arts in Warsaw at the Graphic Design Faculty (under Józef Mroszczak) and Painting Faculty (under Jan Cybis). He debuted in 1950. In 1953, he began didactic work at the Typography Workshop of the Academy. He became a professor in 1964. Since 1968, he was the head of the Typography Design Cathedral. In the years 1972-80, he was the Academy's rector. Beginning in 1993 and up to his death, he was the head of the Graphic Design Cathedral at the European Academy of Fine Arts in Warsaw. He was a member of ZAIKS and the Poster Museum's Artistic-Programme Board. He worked with Centrala Wynajmu Filmów, Wydawnictwo Artystyczno-Graficzne and theatres in Warsaw.

In 1955, he was given honourable awards by the National Award Committee for his poster works, especially for Peace Congress in Helsinki and Rome, 11th hour (1953).
BACK Share