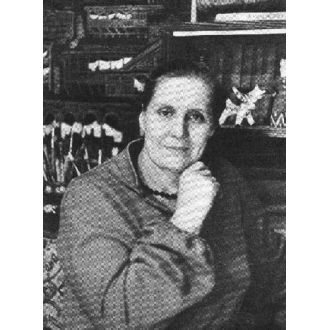 Tatyana Germanovna Livanova was born in Perm. Her father German Livanov was an architect and theater director, and her mother, Vera Livanova, was a famous Soviet poster artist.

She graduated as a designer from the All-Union State Institute of Cinematography in Moscow. During her career, Livanova has been working as a set and costume design artist for the circus, cinema, ballet and drama, as well as for TV productions. Livanova formed herself as an artist under the guidance of outstanding masters, such as Yuri Pimenov, Grigory Schegal and Joseph Shpinel.

Her graduation work was set designs for the film by Nikolai Pogodin “The Kremlin Chiming Clock”, and her first official assignment after graduation was costumes to the film “A War Secret”.In the early 1960s she designed  costumes, posters and programs for the Soviet State Circus. During that period she designed several political posters, together with her mother Vera Livanova.

All through her career, she desigend sets and costumes for a large number of films, e.g. the Mosfilm productions “Summerfolks” (Maksim Gorky), “The Youth is with Us”, “The Only Way”, “The Birds Fly North”, and the TV productions “Two Captains” and “Truth Is Good But Happiness Is Better“ (Alexander Ostrovsky).Tatyana Germanovna considered the most important period of her career was her work with director Boris Babochkin at the Maly Theater, for example with the Ostrovsky plays “Truth Is Good But Happiness Is Better“and “A Profitable Place”, the Maksim Gorky plays “Dostigayev and Others” and “Counterfeit Money”. She also did designs for “Zar Potap” (Alexander Kapkov), “Mother’s Field” (Chingiz Aitmatov), “The Road To Calvary” (Aleksei Tolstoy), “The Wedding” (Mikhail Zoshchenko), “The Glass  Menagerie” (Tennessee Williams), “The Comedy of Errors” (William Shakespeare), and about 20 more plays.

Livanova prepared costumes and stage designs for the Tatar State Theater of Opera and Ballet’s production of “Sleeping Beauty” (Peter Chaikovsky), and for the ballet “Leili and Medzhyn” (Sergei Balasanyan).