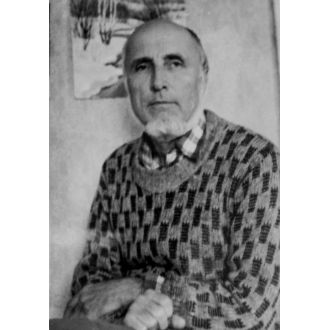 Joseph Efimovsky initially studied art at the N.Samokish Art College in Simferopol, Crimea. In 1955 he enrolled in the Moscow Institute of Polygraphy, graduating in 1960. After 1956 he began designing books and posters for various publishing houses, and was also an artistic director of the Lenizdat publishing house, and starting in 1963 contributed drawings to Boevoi karandash (The Militant Pencil). He is also known for his portraits.

Efimovsky was awarded a silver medal and a diploma as well as a commemorative medal by the international jury for the series of satirical drawings and for his role in the third international exhibition, held in Moscow in 1977, “Satire in the Struggle for Peace.” He was a member of the Union of Soviet Artists and the Union of Journalists of the USSR.
BACK Share