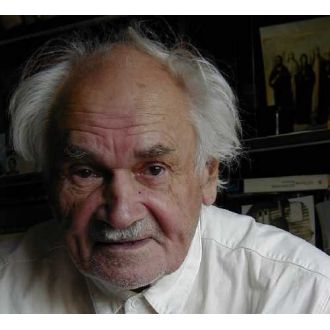 Sergey Ivanovich Nikiforov was born in Obukhovo near Moscow. Before WW2 he taught art and drawing at a public school. From June 1941 to May 1945 he served in the Red Army. In 1946 he entered the Moscow Applied and Decorative Art Institute (MIPIDI) majoring in monumental art. His professors included Aleksandr Deineka and Schukhmin.

After graduation he joined the artistic foundation of the Artists' Union. There he worked on various monumental projects, at the same time teaching drawing at the Moscow Architectural Institute under Deineka. From 1972 to 1980 he also taught at the monumental painting department of the Moscow Surikov Art Institute and later in the secondary art school until 1986. Amongst his pupils was the now famous Moscow artist Alexander Shilov.

Somehow Nikiforov was always at odds with the nomenclature in the Soviet art world. There were several reasons for this. His father was purged in the 1930s, Nikiforov himself liked religious motifs. During the 1950s and 1960s he travelled - in secrecy - to the Churches of Moscow and the Moscow region, decorating them with religious motifs.

During the 1970s Sergei Ivanovich made a number of paintings, very critical to the Soviet Union, however he was never part of any of the nonconformist groups. These paintings were hidden in hios studio, until he showed them all for the first time in 1987.

Sergey Ivanovich worked in various techniques and different media. His paintings include landscapes, portraits and genre scenes executed in the best traditions of realistic art - adding his own touch of impressionism. His oils shine with his special gamma of light and lightness.

In the later part of his career Nikiforov turned to subjects inspired by religion, icon painting and the restoration of church art. His last large projects were the restoration of icons and frescoes at the St. Peter and Paul Church and at the Holy Trinity Church in Obukhovo, 40 km outside of Moscow.
BACK Share