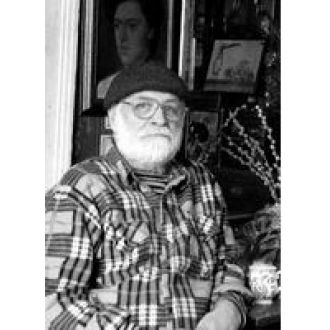 Viktor Petrovich Barvenko was born in Rostov-na-Donu, and studied at the Moscow Higher Arts and crafts College in 1951-1958.

He is mainly known for his thematic works, including a large series of the Bratsk hydro-electrical complex from the early 1960s.

In his graphical works, he is a representative of the severe style (surovii stil) - which in the early 1960s for many artists replaced the socialist realism. He is also know as a monumentalist, and he has painted a large number of portraits and still-lifes.
BACK Share